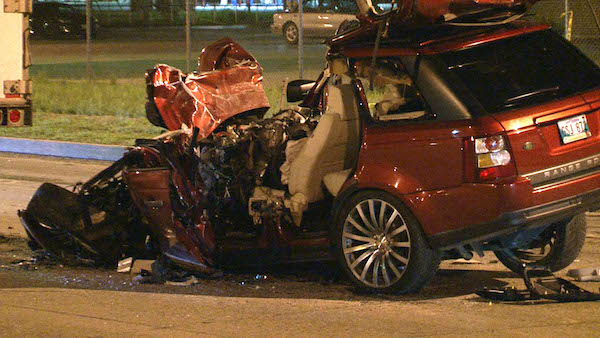 One man was rushed to hospital after a two-vehicle crash on Kenaston Boulevard near Lowson Crescent on Thursday, June 5, 2014. (SHAUN McLEOD PHOTO) 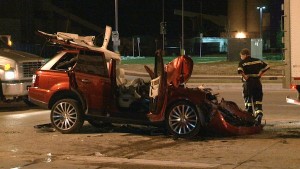 The Range Rover slid underneath the back end of a semi-trailer truck at around 9 p.m. on Thursday evening. (SHAUN McLEOD PHOTO)

WINNIPEG — Emergency crews worked to extract a man from his vehicle after a two-vehicle crash on Kenaston Boulevard Thursday evening.

The crash happened at around 9 p.m. near Lowson Crescent when the man’s SUV rear-ended a semi-trailer tractor.

The driver was rushed to hospital with unknown injuries.

Traffic was blocked on northbound Kenaston while police cleared the scene. The roadway reopened at around 12:30 a.m. Friday.