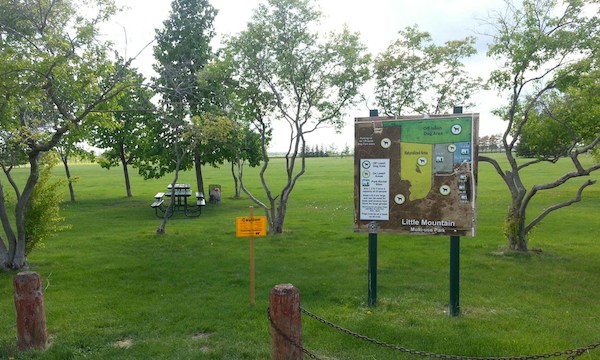 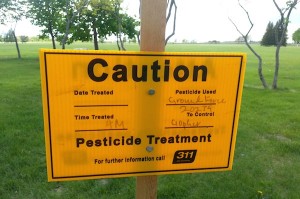 A posting on the site Reddit outlined the ordeal this past Sunday, when a dog named Sami ate some pellets she had found on the ground.

“Knowing that the area was recently treated for gophers, we were immediately concerned that she had eaten poison,” the owner said. “We went straight to the emergency vet on Pembina where they had induced vomiting.”

The city has put up caution signs warning of the pesticide, which is usually found inside the gopher holes and not above ground.

The product used was Ground Force, which according to the manufacturer’s website, “is a restricted-use multi-feed anticoagulant rodenticide that controls a broad range of rodents.” A resident also reported a prairie dog had died as a result of the same poisoning.

The area being treated for rodents was in the off-leash area of the park, where many dogs have free rein.

“We got lucky with the fact our dog was actually on-leash with us when it happened.”

Little Mountain Park made headlines in May after users of the park pleaded with the city for more services to the area. The park is located in the RM of Rosser, but is still owned by the city. Area residents expressed concerns over decaying washroom facilities, a lack of garbage collection, and minimal water service.