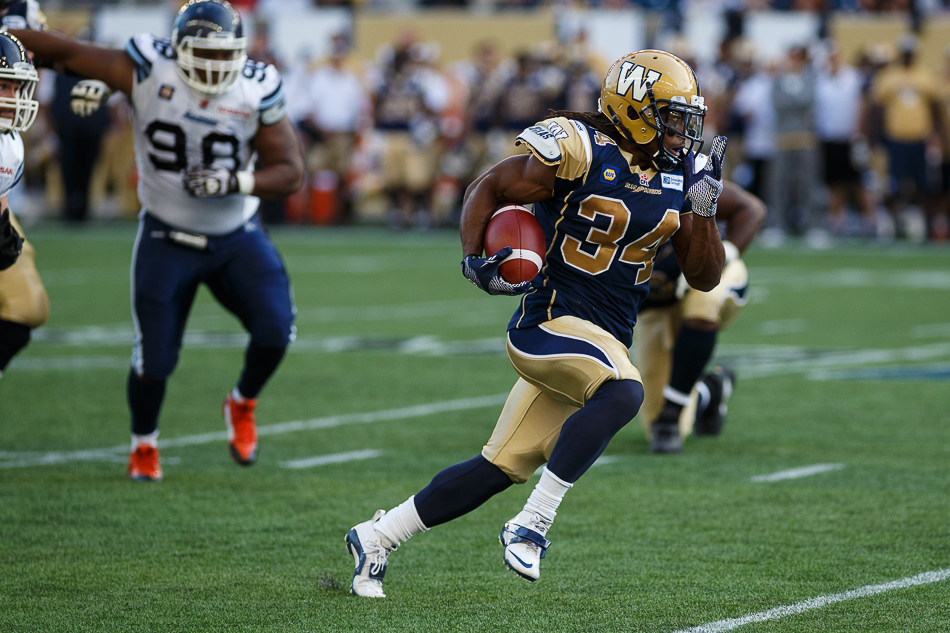 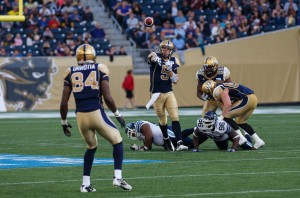 WINNIPEG — For general managers and head coaches, the purpose of the CFL preseason is to assess the roster and get an idea of who fits on your football club. The Winnipeg Blue Bombers may have dropped a 24-22 decision to the Toronto Argonauts on Monday night in their preseason opener at Investors Group Field, but GM Kyle Walters and head coach Mike O’Shea should now have a better idea of who they want to keep and who they may want to let go before the regular season opener on June 26.

“Effort was great. Penalties killed us — they know it… They don’t need a coach to tell them,” said O’Shea following his first game as a head coach. “They all understand the challenges your team faces when you continually back yourself up.”

Winnipeg committed 13 penalties, including six major infractions of 15 yards and another of 45 yards in what will go down in history as professional football’s first ever video-reviewed pass interference call — a new officiating element introduced to the Canadian Football League for 2014.

“I just want guys that when they take a penalty, they have a hard time looking at their teammates. Those are the guys we want,” added O’Shea.

It was also the first opportunity for Bombers fans to get a look at their anointed starting quarterback Drew Willy, who lead four offensive possessions before O’Shea sent in his other three signal-callers to get a look.

“We really got a good rhythm going there on that last drive. We’d just like to get more drives like that,” said Willy, who finished 6-of-12 for 108 yards and a touchdown toss to receiver Julian Feoli-Gudino. “We kept getting to around the 40-yard line there and stalling a little bit. We’d make a big play and then we’d either have a timing issue or just little things that if we want to be a great offence we need to clean up.”

Marve saw just one offensive possession in the game’s waning moments, but put up a nice series going 3-for-4 for 66 yards and the touchdown to make it 24-22 Toronto. The subsequent two-point conversion was unsuccessful, allowing the Boatmen to run out the clock.

A couple Winnipeg defenders showed well, including defensive end Greg Peach with two sacks and defensive backs Marty Markett and Don Unamba who lead the way with five tackles each.

“We can always get better,” said second-year pro Markett, who also forced a fumble early in the second half that was recovered by fellow Bomber Bruce Johnson. “It’s a great defence. We love it. It allows us to sit back and play. Play free. Play loose.”

“That’s one of the things coach (Gary Etcheverry) preaches in practice; sprint to the ball. All 12 guys get around the ball. So that way if you’re running at the ball and let’s say you want to take a shot and you miss it’s fine because you’ve got 11 more people coming. We all get to the ball — play together.”

Winnipeg’s second and final preseason game goes this Saturday, June 14 in Calgary against the Stampeders and can be seen on TSN.