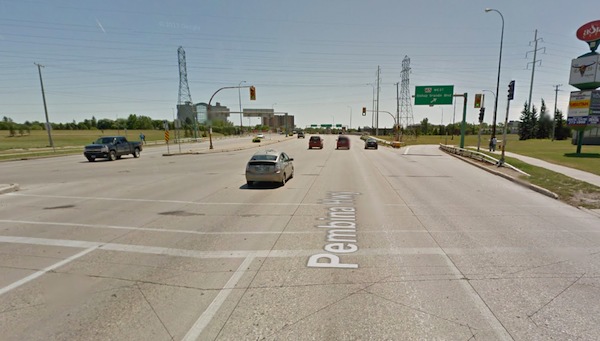 A 69-year-old man has succumbed to his injuries after being hit by a vehicle while riding his bike to Monday’s preseason Winnipeg Blue Bombers game.

Dick Stevenson was riding along southbound Pembina Highway at Bishop Grandin Boulevard when he was hit at around 5:30 p.m.

He was taken to hospital in unstable condition and later died.

The Blue Bombers released the following statement on Wednesday:

The Winnipeg Blue Bombers are shocked and extremely saddened to hear of the tragic death of long-time fan, Dick Stevenson, while cycling to the pre-season game this past Monday. The thoughts and prayers of our entire organization are with Mr. Stevenson’s family as they mourn this tremendous loss.

The Bombers are also calling on the City of Winnipeg to immediately review and assess all active transportation routes and infrastructure leading to Investors Group Field.

“Ensuring fan safety is paramount,” said president and CEO Wade Miller. “Especially for fans who are walking or cycling to and from Investors Group Field.”

Winnipeg police are continuing to investigate. Anyone with information regarding the accident or the identity of the suspect(s) is asked to contact investigators at (204) 986-6271 or Crime Stoppers at (204) 786-TIPS (8477).