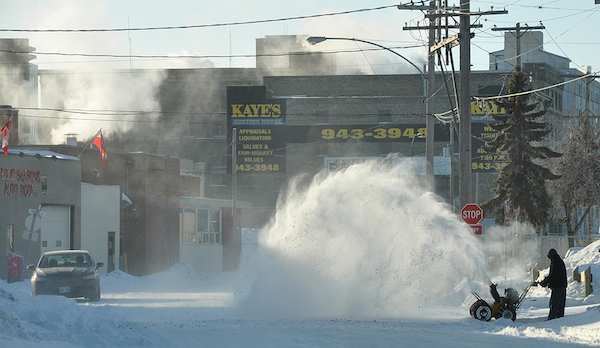 The City of Winnipeg is projecting a $21.4 million deficit this year, blamed in part on the never-ending winter that saw above average snowfall.

Combined with the associated snow and ice removal costs, the city spent $40.6 million in the first three months of 2014. The total snow budget for 2014 is $26.7 million.

“To help mitigate this, city departments will be managing their operations with greater attention to reducing discretionary expenses,” said acting CAO Deepak Joshi.

The winter also brought with it the highest number of frozen water pipes in more than 35 years. Service restoration and temporary water hookup costs are estimated at $3.5 million. Final costs won’t be known until later this year as some households are still without water.