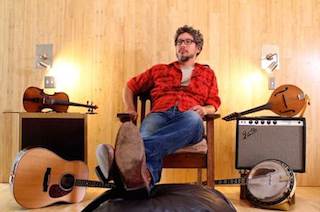 Former Winnipeg musician Jaxon Haldane is returning to the city next week to perform at the West End Cultural Centre.

Haldane will play Thursday, June 26 during an unplugged-style concert in the intimate ACU Hall at the WECC.

Since his days as the D. Rangers frontman, Haldane has started the F5 Four, a new jazz-based string band out of Oklahoma.

“I’m having a blast with these guys and am learning a lot,” Haldane said. “I have also focused on honing a solo act. I have been writing incessantly since moving here and with all the new material I have been creating I needed a new project to showcase it.”

Tickets for his Winnipeg show are on sale now through the WECC, Ticketmaster, Music Trader, and Winnipeg Folk Festival Music Store. Prices are $10 in advance or $15 at the door.