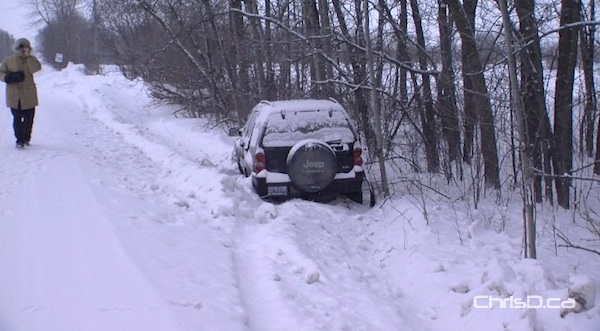 A Jeep Liberty sits in the ditch off Cloutier Drive after losing control in January 2014. (CHRISD.CA FILE)

A surge in vehicle accidents this past winter has Manitoba Public Insurance seeking to increase rates by 3.4 percent.

If approved by the Public Utilities Board, MPI says the average passenger vehicle premium will be $949.

“More than half of our policy holders will see a rate increase of $20 or less per year or a decrease in their premium,” said Dan Guimond, president and CEO of Manitoba Public Insurance. “Manitoba had a long winter with severe driving conditions, resulting in claims costs jumping 13.5 percent.”

The PUB will make their decision on the proposed rates in December, which would then take effect March 1, 2015 is approved.