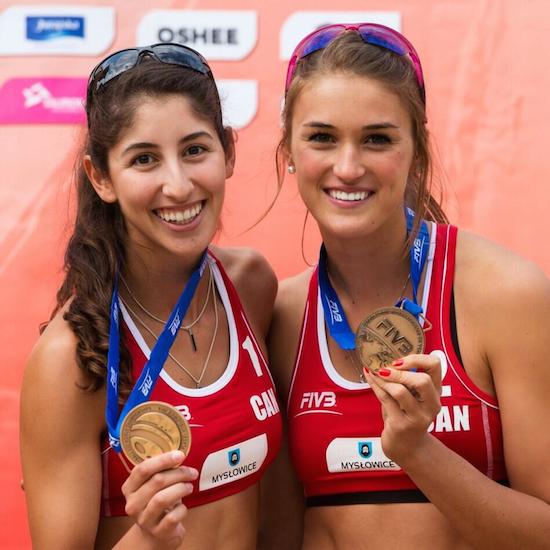 The Canadian duo repeated last year’s performance, where they placed third to capture the same title in 2013.

“To be honest it was pretty tough to come out and bounce back and play that third place match, cause obviously we did not want to be there. It was a tough loss against Australia. We had a lot of chances to win that one,” Pischke was quoted as telling the website fivb.org.

The championship started on June 11 and ran until June 15 with Pischke and Humana-Paredes competing in Pool D and finishing the pool with a 4-1 record.

“It was important we came back and won the bronze,” Pischke added. “Not the colour we wanted, but a medal is a medal and we are happy.”

← Previous: Big Bike a Big Fundraiser for Heart and Stroke Next: Bombers' Graig Newman Out for the Season →
Tags: Manitoba Bisons | University of Manitoba | Volleyball