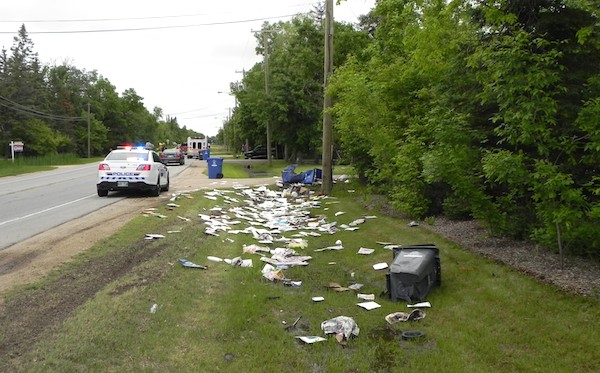 Paper scattered in a ditch after an erratic driver hit recycling and garbage bins in East St. Paul on Tuesday, June 17, 2014. (RCMP HANDOUT)

RCMP say the incident happened Tuesday at around 11:30 a.m. at the corner of Hoddinott Road and Henderson Highway in East St.Paul.

The driver reportedly fled the scene of the collision, striking a recycling cart along the way and strewing paper everywhere.

The 55-year-old man was eventually taken into custody and blew four times the legal limit when administered two breath samples.

He has been charged with impaired driving and leaving the scene of an accident.