Home » Entertainment » Journey to Churchill Theatre Getting the Finishing Touches

Journey to Churchill Theatre Getting the Finishing Touches 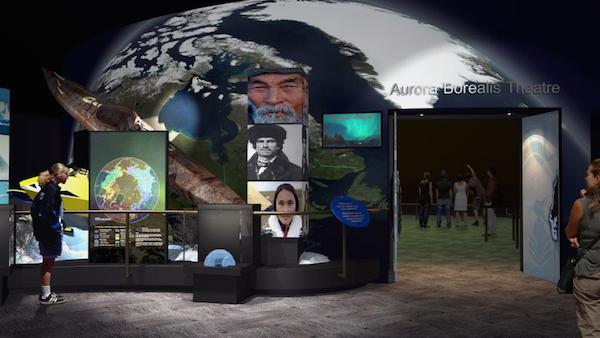 WINNIPEG — The Aurora Borealis Theatre in the Journey to Churchill is having the finishing touches put on it at the Assiniboine Park Zoo.

The 360-degree domed theatre will be a focal point when the exhibit opens July 3 to the public.

Each viewing will accommodate approximately 120 people and will showcase a 10-minute film illustrating how climate change is affecting northern people, animals, and ecosystems.

“Our hope is that visitors will leave the theatre feeling inspired to take personal action to combat climate change and captivated by the beauty of Manitoba’s north so they’ll want to visit Churchill themselves,” said Margaret Redmond, president and CEO of the Assiniboine Park Conservancy.
Screen installation began last month with a team from Quebec installing the domed portion.

The first film to be screened in the theatre will be “Rhythms of the North,” produced by multimedia artists from Ontario’s Science North and involved numerous trips to Manitoba’s north to gather the unique footage.

The zoo will close for 10 days beginning June 23 in preparation of the exhibit’s opening.