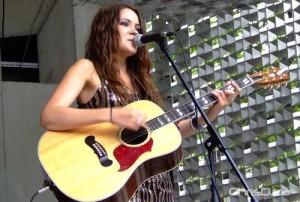 A free summer concert series is returning to St. Boniface in July, filling the neighbourhood with the sounds of local musicians over the lunch hour.

Besides the tunes, concert-goers will have the opportunity to taste the diverse food offerings of the many area restaurants.

The free shows will be held in Sculpture Garden at 219 Provencher Boulevard.

Food service will begin at 11:30 a.m., with music following at noon. Spectators are asked to bring their own chairs.

← Previous: Selinger the Least Popular Premier in the Country Next: New Massive Recreation Complex Opens at U of W →
Tags: Concert | Music | Winnipeg