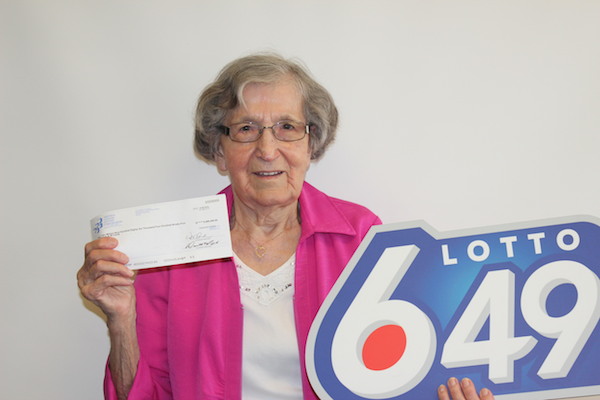 A Winnipeg senior has won $6.9 million after playing the same numbers for 30 years on Lotto 6/49.

Maria Digel won the June 4 draw after checking her ticket at the Real Canadian Superstore on McPhillips Street, where she buys her groceries.

“I checked it with the girl at the lottery counter, and she said, ‘You’ve won more than 6 million dollars.’ I just felt numb,” Digel said.

Digel recounted how she had a dream the night before that she had won the lottery and split it with family.

She intends to divide her winnings among family members and keep some in the bank for emergencies.

“I live a simple life. I don’t need a fancy apartment. I am happy.”