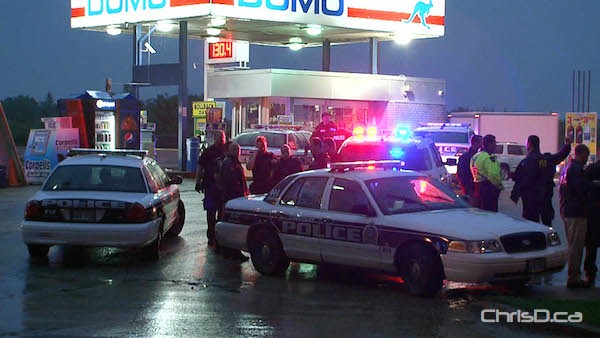 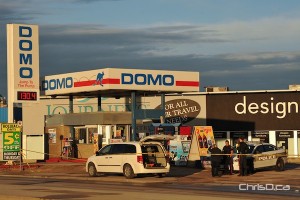 Winnipeg police are investigating after an officer shot at a suspect at the Domo gas bar on Wardlaw Avenue Thursday evening.

Police responded to a call at around 9:20 p.m. at Donald Street and Wardlaw for what they’re calling “suspicious circumstances.” Police say officers were confronted by a 21-year-old man, which resulted in one of the officers firing his gun and striking the man in the upper body. He’s listed in stable condition in hospital.

Police remained on scene into Friday morning and had numerous evidence markers up in the parking lot.

Officers involved in the incident have been placed on administrative release as per police policy.

← Previous: 'BikeFest' Returns to The Forks on Sunday Next: Dream to Build Kenyan School a Reality for Winnipeg Columnist →
Tags: Crime | Winnipeg Police