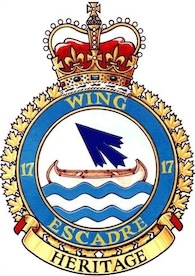 Military personnel from 17 Wing Winnipeg and 8 Wing Trenton began deploying over the weekend as part of NATO Reassurance Measures in Eastern Europe.

About 80 service members will deploy over the next weeks to replace personnel deployed with the Air Task Force (ATF) currently deployed at Câmpia Turzii, Romania. Their role will be to provide integral support in areas of engineering, information services, logistics, human resources, and communications to the Air Task Force currently deployed at Câmpia Turzii, Romania.

The Air Expeditionary Wing (AEW) is expected to be in Romania for the next six months.

← Previous: Winnipeg Toddler Dies After Being Struck by Car Next: 'Five Minute Gardener' - Buying Plants for Your Garden →
Tags: Winnipeg