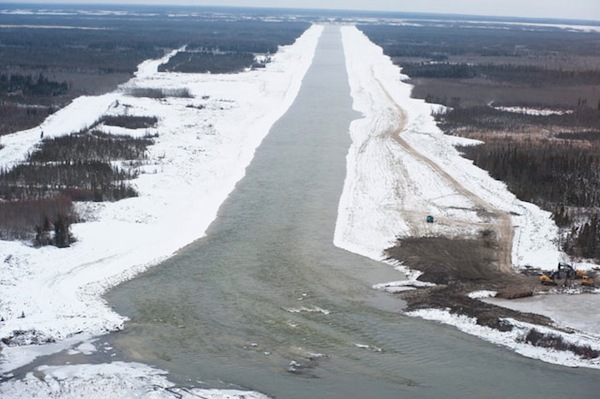 The province is planning to reopen the Lake St. Martin emergency outlet channel as early as July 2.

“Many areas of Manitoba, Saskatchewan and northwest Ontario have experienced record rainfall in the last while which has resulted in abnormally high levels on lakes and flows on rivers here,” Ashton said.

The province had to seek the approval of the federal government before opening the channel, which will drop the level of Lake St. Martin and in turn, through the Fairford River, allow a drop in the level of Lake Manitoba. First Nations in the area are also being consulted on an ongoing basis.

Flows will initially be approximately 5,600 cubic feet per second (cfs).

The province may also need to operate the Portage Diversion and the Red River Floodway depending on the weather. The Red River at James Avenue in Winnipeg is forecast to go up to 16.7 feet and will stay above 14 feet until mid-July.

← Previous: City Councillors Get a Say on EPC Appointees Next: CentrePort to Be Served by New Water Treatment Plant →
Tags: Flooding | Manitoba