Manitoba Tories Remain Most Popular in the Province: Poll 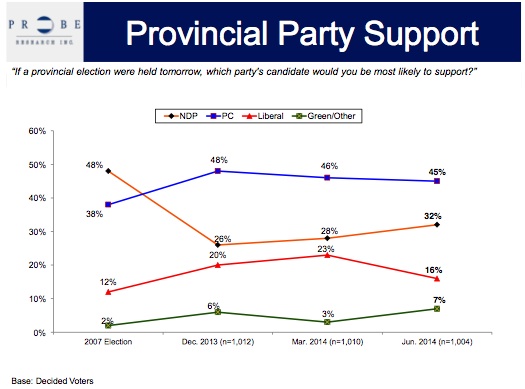 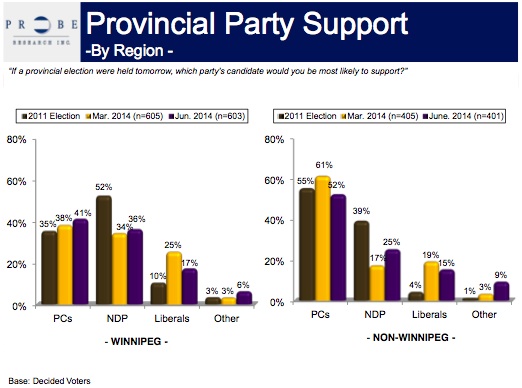 A new poll shows Manitoba’s Progressive Conservative Party is the most popular among voters, but the governing NDP has begun to win back some of its support.

The Probe Research survey conducted for the Winnipeg Free Press found 45 percent of decided voters would cast a ballot for Brian Pallister’s Tories in a hypothetical provincial election. Thirty-two percent would vote for Greg Selinger and the NDP (up from 28 percent in March).

Support for Rana Bokhari and the Liberals declined since the spring, with only 16 percent of voters (compared to 23 percent in March) saying they would vote.

The Greens and other parties not represented in the legislature sits at seven percent.

The province-wide survey was conducted via telephone between June 10-19 among a random and representative sampling of 1,004 Manitoba adults.