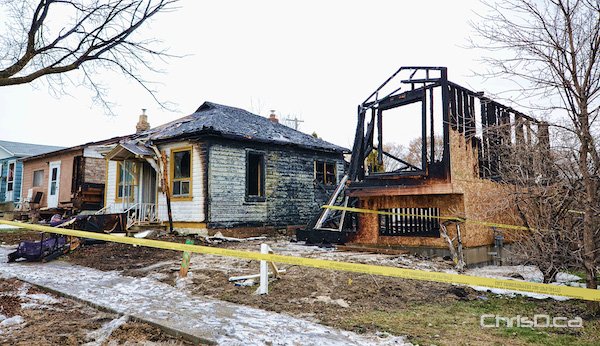 Two teens are facing arson charges after a fire on Jefferson Avenue May 19.

Two adjacent residences in the 100 block were engulfed after a home under construction went up in flames at around 8:45 a.m.

No one was injured, but the fire eventually spread to four homes and caused $500,000 in damage.

Two male youth, aged 15 and 16, have been charged with several offences.