Crew from 17 Wing Winnipeg Assists in Search for Downed Aircraft 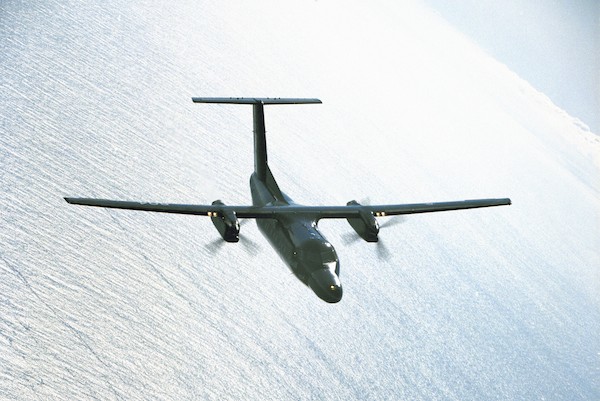 A CT-142 training aircraft from 17 Wing Winnipeg assisted in a search and rescue mission for a downed plane near Sioux Lookout, Ontario on Thursday night.

RCAF Students from 402 Squadron were flying with their aircraft commander when they were asked by the Joint Rescue Coordination Centre in Trenton, ON, to locate an emergency locator transmitter (ELT) detected by commercial traffic in their vicinity.

The training session turned into a real life search and rescue mission and the CT-142 crew was able to search by listening and homing into the strength of the signal.

“The students themselves set up the expanding square search pattern. They actually did the navigation; they did a really great job,” said LCol Brian Morrissette, CT-142 Aircraft Commander.

After locating the general area of the signal, the crew unfortunately had to turn back due to low fuel. A Hercules from 435 Squadron arrived on scene to take over the search and located the downed aircraft in minutes.

The Hercules was able to make contact with the lone crew member at the crash site and remained on scene until a Ministry of Natural Resource Helicopter from Dryden, ON arrived. The crew member wasn’t severely injured and was transported to hospital in Dryden.