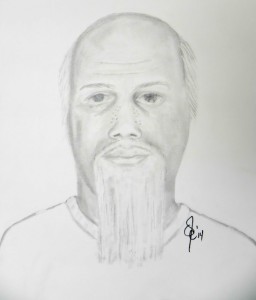 RCMP are looking for this suspicious man who approached two young boys in Iles-des-Chenes on June 20. (RCMP HANDOUT)

RCMP are looking for a suspicious man who approached two boys on their bikes last week in Iles-des-Chenes, Manitoba.

Police say the children were riding in the community on June 20 when an unknown man approached them. They were able to make it home safely and reported the incident.

The suspect is described as a Caucasian man in his 40s with a medium to heavy build, brown eyes, freckles and grey, balding hair. He also is said to have a long, grey beard and was driving a new model blue Chevrolet pickup truck with a silver grill and silver running boards.