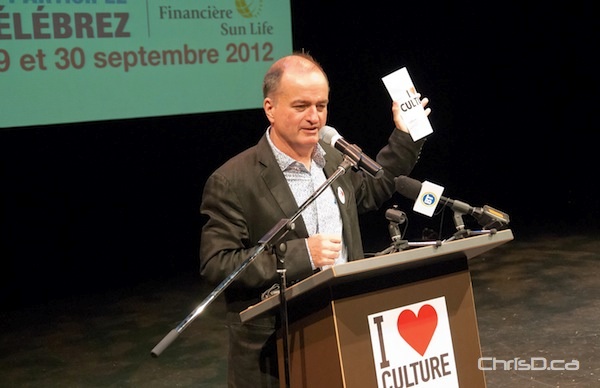 A celebration to honour the life of veteran Winnipeg promoter and festival organizer Kevin Walters is being organized.

The Burton Cummings Theatre will host the event on Thursday, July 3 at 7 p.m.

Walters passed away on Monday after a battle with cancer. He was 54.

A Kevin Walters Memorial Fund has been established through The Winnipeg Foundation, supporting promising performers and organizations in music, film, performance and the creative arts.

Walters is survived by his wife, Ginette Lavack Walters, the executive director of Festival du Voyageur.