Home » Columns » Blue Bombers Our Only Hope for Happiness

Blue Bombers Our Only Hope for Happiness 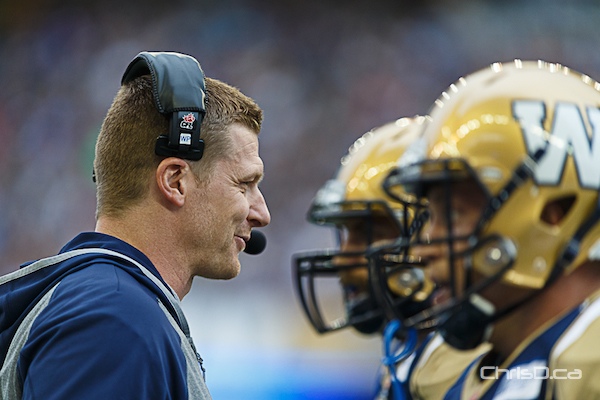 As we hit Canada Day, it’s the season of hope for many of us on the prairies. Hope springs eternal for fans of the green team and the blue team in Canadian football. With the World Cup taking place in Brazil, I’m seeing a lot more soccer flags than CFL banners right now, and where are all those Rider Pride folks? I know it was only pre-season, but two crowds at Taylor Field of less than 15,000?

For many prairie farmers, 2014 has emerged much like 2013. Where we once frequently had the dust bowl of drought, much of the prairies are now a soggy mess as the rain just keeps on coming. Despite similar weather a year ago, with huge areas of farmland that could not be seeded, when all was said and done in the fall, it was one of the biggest harvests in Canadian history.

Grain and oilseeds filled the bins to overflow, but much of the bounty of the land sat on the land through the winter. The transportation system was totally swamped, and the backlog is far from being cleared away as this year’s crop emerges. The railways blame the winter deep freeze. The government in Ottawa, which basically killed the Wheat Board a couple of years ago, tried to get tough with the railways. They threatened heavy fines if they didn’t meet minimum targets for moving commodities to export terminals.

We have yet to hear of a single fine being imposed. Transport Minister Lisa Raitt announced with great fanfare in Winnipeg the other day that a total review of the transportation system, which normally happens every ten years, will happen a year earlier this time. Do you hear the sound of one hand clapping?

Here’s hoping the Riders and the Blue Bombers do better at giving us something to cheer about.