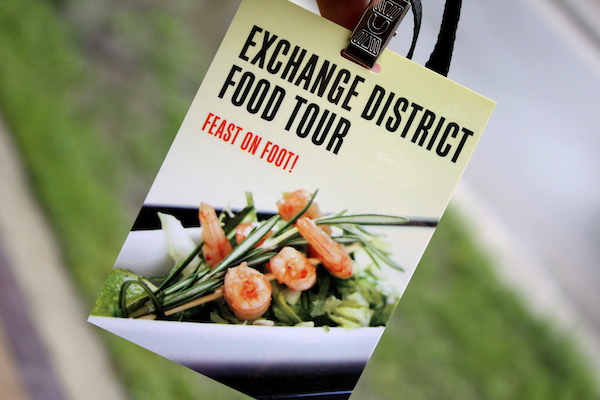 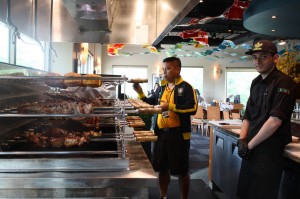 Winnipeg’s soccer-frenzied fans are tuning their televisions to the FIFA World Cup taking place in Brazil, but this isn’t the only way locals can enjoy South American culture. 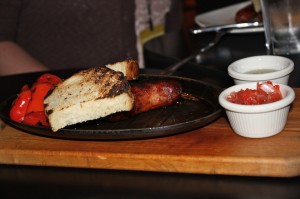 Our first stop was Carnaval Brazilian BBQ. Our timing was perfect as Brazil had just won a FIFA soccer match. The restaurant was buzzing with soccer fans, cheering on their team. We were given what looked like a coaster with one side coloured green, indicating we would still like to be served and the other side in red, showing that our appetite is full. After being served many different types of meat and salads, none of us switched to red at the all-you-can-eat churrascaria, with meats carved at the table by gauchos, a Brazilian tradition. The meats were all flavourful and spiced to perfection. We were given a glass of Brazilian Salton cabernet sauvignon to try. It had a full-bodied, robust flavour, and went very well with all the slices of meat we were being served. After we finished our rounds of meats and salads. Roasted pineapple covered in brown sugar and cinnamon was served. The warm pineapple paired nicely with the warm cinnamon/brown sugar spice combo.

An unexpected feature of the tour, the area’s history was described as well. We got the background story of each historical building and area we visited which was a great way to learn interesting facts about our dining destinations’ pasts as well as how they came to evolve to what they are today. 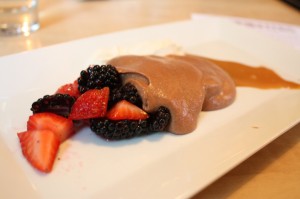 Our next stop on the tour was Hermanos Restaurant and Wine Bar. Noel Bernier, owner of all three restaurants on the tour, gave us a great background on Hermanos and each of the dishes and drinks we sampled. He stressed that Hermanos does not serve any one type of cuisine in particular, but is a fusion restaurant inspired by the food of Brazil, Uraguay, and Argentina. Here we were served our choice of a Pisco Sour drink or a Uruguayan Tannat, a very prominent, full-bodied wine. I tried the refreshing Pisco Sour which was a tangy take on a whiskey sour and contained Peruvian pisco instead of traditional whiskey as the base liquor. The sausage and pepper board was delicious with a juicy, smokey-flavoured sausage and chimichurri sauce for dipping. Peruvian ceviche made with local pickerel was served as well as a breaded, deep-fried and tenderized beef called Milanesa.

Our final stop on the tour was to the restaurant next door to Hermanos, Corrientes Argentine Pizzeria. One interesting feature of the place is how it has a small library/lounge area. We were told this is a frequent feature of Argentinian coffee houses. The library features books written in both English and Spanish and comfortable chairs. These would be great to lounge in with one of their specialty coffees or a glass of wine. Our final dish on the tour was Corrientes’ sweet gianduia, a rich chocolate and hazelnut torte served in a mousse-like form. Because of Argentina’s large Italian population, it holds many pizzerias. I will definitely be sure to pay a visit to Corrientes soon to try their much raved-about pizzas. 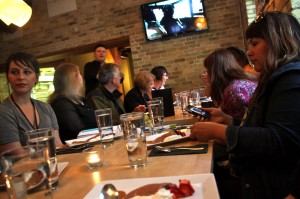 The tour was a great way to sample a number of dishes from each of the three featured restaurants I had never been to, but have been meaning to try. I wholeheartedly recommend a visit to any of the three after this tour. Not only did they have great food, but the hospitality at all three restaurants was exceptional. The tour is a great idea for a night on the town, but save your appetite if you are planning on going because you will not leave hungry.

Eden Ramsay is a Winnipeg-based social media coordinator and Creative Communications graduate from Red River College. She has a Bachelor of Fine Arts (Honours) from the University of Manitoba and majored in graphic design. She loves culture, design in its many forms, and exploring the world around her.