Home » News » Teens Charged After Violent Robbery at U of M

Teens Charged After Violent Robbery at U of M 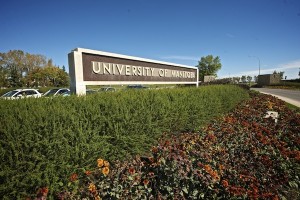 Three youths are in police custody after a robbery on the University of Manitoba campus early Sunday.

Winnipeg police were called to Innovation Drive at around 12:40 a.m. after two men were robbed of their property. One of the victims, a 19-year-old man, was then hit with the end of an airsoft rifle and stabbed in the lower body.

He was taken to hospital in critical condition and later upgraded to stable.

Police located the three suspects and seized their weapons. The stolen property was also recovered.