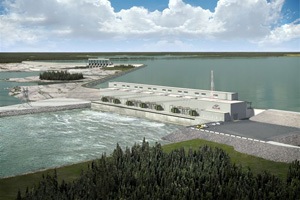 The Manitoba government has issued a licence to construct the Keeyask hydro generating project.

Based on recommendations of the Clean Environment Commission, the dam is moving forward with a long list of 165 conditions.

“The Clean Environment Commission conducted an independent, thorough review of the Keeyask proposal and after hearing from the public, recommended the proposal was ready to be licensed,” said Conservation and Water Stewardship Minister Gord Mackintosh. “We embrace the recommendation and want to go further to protect the environment as we build Manitoba’s future.”

“We’re also proud to announce the end of coal use for generating electricity in Manitoba,” Mackintosh added. “By the time Keeyask is online, Manitoba Hydro will be required to stop using coal.”