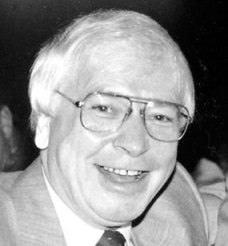 The former commissioner of the Manitoba Junior Hockey League has been named a Member of the Order of Canada.

Frank McKinnon served as commissioner for 10 years (1992-2002) and was known for his charisma and vast knowledge of MJHL history.

“This is a tremendous honour for Frank,” said MJHL commissioner Kim Davis. “We are all very proud of him. After leaving the office of commissioner Frank always followed our league closely. He’s a true gentleman and deserving of this honour.”