A Footnote to Canada Day: Currie 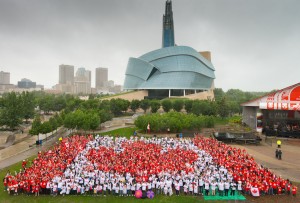 A footnote to Canada Day, our big summer party. It seems the partying takes place all around the world, at the expense of all of us. Many of our embassies and consulates in other countries put on quite a splash on July 1st, but we found out this week that not all the prominent ‘locals’ are welcome in those faraway places.

In the month of June, Foreign Affairs in Ottawa sends out a list of people who are “persona non grata”. They are not to be invited on Canada Day… period. The list includes officials from countries like North Korea, Fiji, Taiwan, Iran and Syria. This year it’s believed that just about anyone from Russia has been added to the list.

We can’t be sure because the persona non grata list is ‘classified.’ Generally those on the list work for governments that Canada doesn’t approve of because they are “badly behaved”, or maybe just because they don’t believe in democracy.

Some of the choices are strange indeed. Burma was on the list for a long time because they were ruled by a military dictatorship for almost 50 years. Since 2011 there have been elections in Burma, but a number of prominent opposition figures are still in prison. Things have apparently improved to the point that diplomats in Rangoon can now hang out with Canadians on July 1st and have a free drink.

My question is ,why do we bother?. Our diplomats in foreign missions are there to help Canadians traveling abroad when they lose a passport or run afoul of the local police. They’re also out there to do things like promoting Canadian trade in those countries, as long as it doesn’t involve nasty stuff like child labour or human trafficking.

We don’t really need to be throwing parties in foreign countries on July 1st, or keeping people busy in Ottawa deciding who are persona non grata.