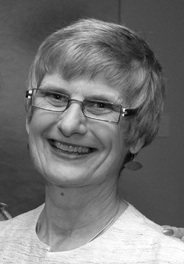 Bovey served as director from 1999 to 2004, advancing the WAG’s mandate to present exhibitions of regional, national, and international significance.

Prior to that, Bovey had a long career with the WAG, beginning in 1970 as curator of traditional art. Later as director, Bovey supported the creation of new exhibition research, maintained a strong publication program, and in 2001, negotiated a Memorandum of Understanding between the WAG and the Minneapolis Institute of Art.

“The honour is well-deserved for her arts and cultural work at the WAG, in Winnipeg, and across the country,” said Dr. Stephen Borys, WAG director and CEO.

Bovey currently teaches 20th century Canadian art and cultural management at the University of Winnipeg. Her book Pat Martin Bates: Balancing on the Thread launched in Winnipeg on June 23.