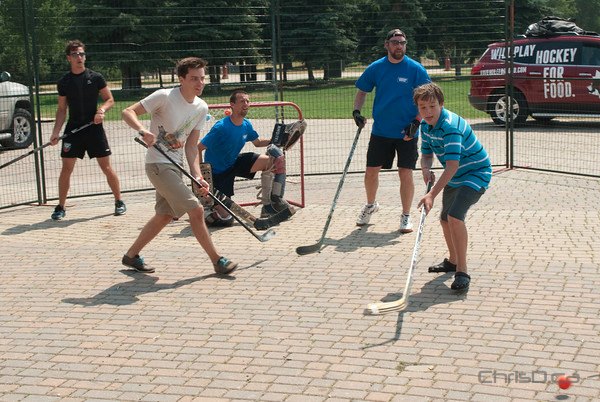 An 18-day cross-Canada street hockey game will make its way to Winnipeg on Saturday, July 12.

Five Hole for Food is making its fifth anniversary road trip to tackle hunger. The tour will stop in 13 cities to play hockey for food. and cover more than 11,000 km, aiming to collect the equivalent of half-a-million pounds of food in support of Canadian food banks.

“Five Hole for Food has grown over the years and, as we’ve evolved, it has become about telling the stories of Canadians across the country who have a passion for hockey while making a social change,” said Richard Loat, Five Hole for Food CEO and founder. “Five Hole for Food is incredibly lucky that to have gain the support of a number of personalities who embody hockey and share this passion.”

Winnipeg’s game will be played on Corydon Avenue at Hugo Street from 3-7 p.m. on the 12th. Proceeds from the event will support Siloam Mission.