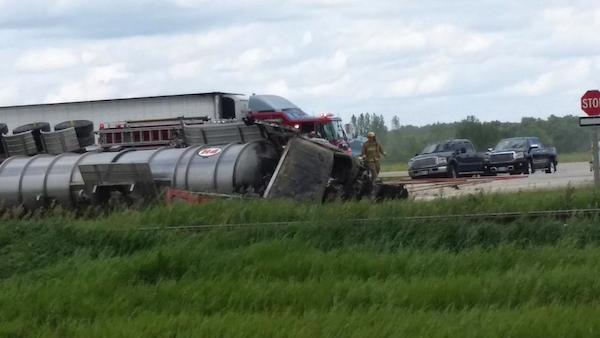 A single-vehicle crash involving a semi-trailer truck closed the southbound lanes of Highway 75 on Tuesday afternoon.

The crash near Highway 247 about 2-3 km south of Winnipeg rerouted traffic for a brief period of time after a semi overturned and caught fire.

RCMP report the driver was transported to hospital in stable condition.

Police continue to investigate the crash and ask motorists to drive slow in the area until the scene is cleared.