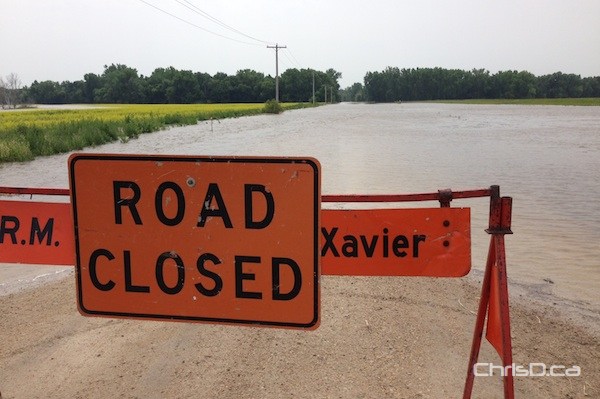 Let us all keep a good thought this week for the farmers and others in Manitoba and Saskatchewan who have been coping with an event that’s only supposed to happen once every hundred years or so. For the second time in just over three years, the prairies were drenched with rain that more closely resembled the monsoon season in places like the Philippines. There was so much water that there was no place for it to go. Regina folks were told not to do laundry or take a shower, or even flush the toilet for a few hours.

In Melville, the local hospital had to be evacuated for a day after, and that’s never an easy task. Roads were closed all over the place. As the water moved east into Manitoba, it was deja vu all over again in communities like Brandon and Portage la Prairie along the Assiniboine, as well as many rural properties in between. Most of these places suffered some damage in 2011, and dikes and other infrastructure have improved since then.

It’s never enough, especially when the advance warning is a matter of a few days, not weeks. Both provinces responded by declaring states of emergency, and thousands of people responded to the call for help. On the first full weekend in July, when students would normally be hanging out at the beach, or doing lots of other stuff that summer holidays are all about, many were working up a sweat pitching sandbags, protecting the homes of their neighbours.

They also pitched in to help total strangers. It was truly heartwarming to say the least. The streams have now crested for the most part, and we can only hope that rainfall returns to normal for the rest of the summer. More than a million acres of farmland will not produce a crop this year, but we have learned once more that the prairies are a community that responds in a crisis.