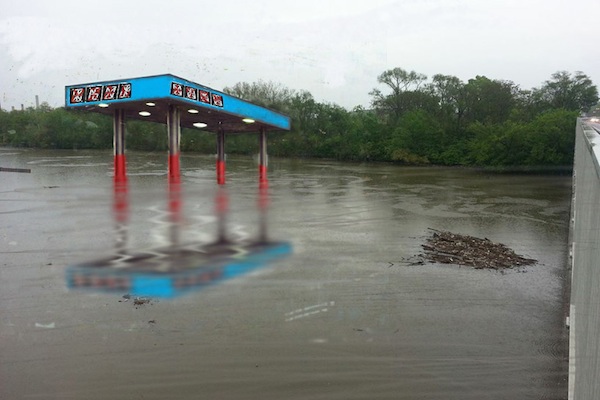 A sketch of ‘Antedeluvian’ by artist Mia Feuer. (HANDOUT)

A Winnipeg artist is embarking on her latest project south of the border to create a piece in a series of public art displays in D.C.

Mia Feuer will soon launch a crowdfunding campaign for an ambitious project called Antedeluvian. Once complete in September, the piece will represent a sunken gas station floating in DC’s Kingman Lake.

“I wanted to create a jarring, highly visible moment in the landscape that might provoke a dialogue about rising sea levels, the future of coastal cities and climate change,” Feuer said in an interview on Strombo.com.

“One of the details I was interested in achieving with this piece was having the lights on the canopy roof structure shine a vibrant reflection into the water.”

Feuer was recently hired as a professor of sculpture at California College of Art.