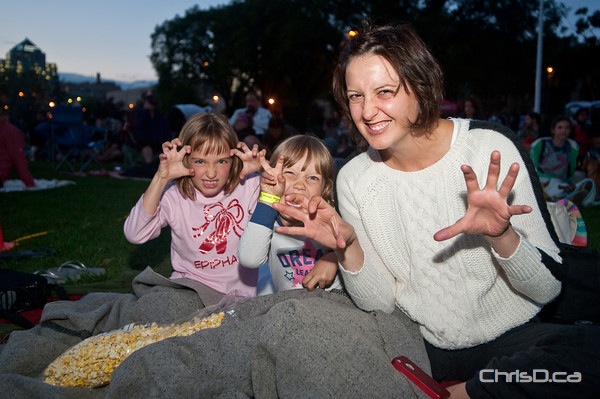 A family prepares to watch “Ghostbusters” on the lawn of Memorial Park on Tuesday evening, August 6, 2013. (TED GRANT / CHRISD.CA FILE)

Movies on Memorial will return to Memorial Park in downtown Winnipeg for its third straight year.

This year is the year of the underdog, according to the Downtown BIZ, and so they’re screening Forrest Gump on Aug. 5, Karate Kid on Aug. 12, Back to the Future on Aug. 19, and on the 26th, people will get to vote for either The Princess Bride or Toy Story.

More than 6,000 people have watched movies at Memorial Park since 2012.

People who wish to vote can do so at downtownwinnipegbiz.com.