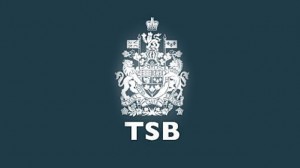 The Transportation Safety Board of Canada says loss of control and loss of situational awareness thanks to rain or smoke is likely the cause behind a fatal helicopter crash near Gull Lake last summer.

The helicopter, operated by Custom Helicopters Ltd., crashed into the water on Canada Day, 2013 at a high rate of speed, said investigators Thursday.

“The investigation concluded that the pilot likely flew into an area of lower visibility, due to either heavy smoke in the area or rain showers, or both,” reads a statement from the TSB. “This likely contributed to a loss of situational awareness and would have reduced the pilot’s ability to maintain control of the helicopter. The helicopter descended and struck the water before the pilot was able to regain adequate visual reference.”

The pilot aboard the aircraft died.