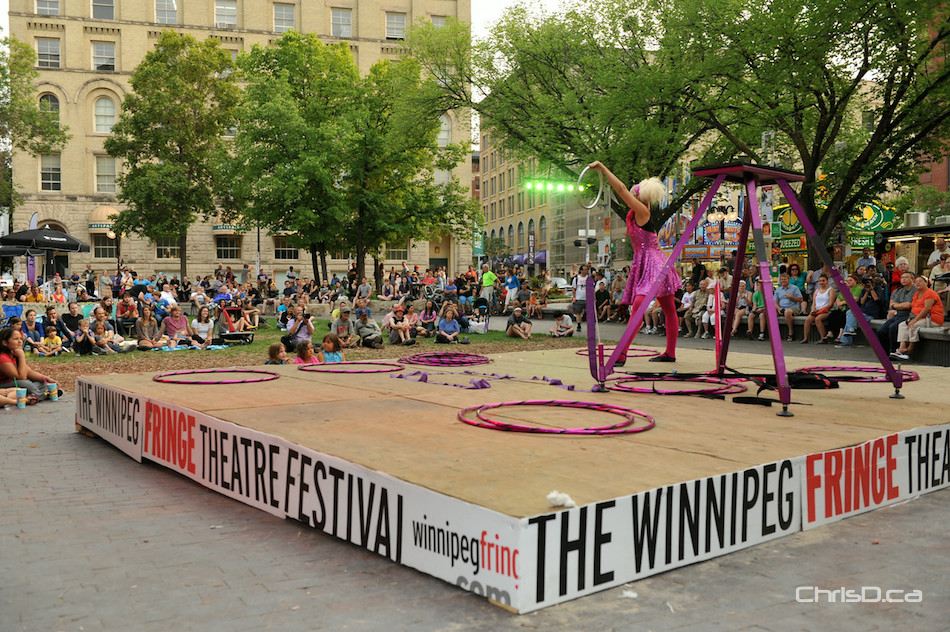 Summer theatre is in full swing across the city with the Winnipeg Fringe Theatre Festival now on.

Until July 27, thousands of people will be take in a variety of 178 shows at 30 different venues around the Exchange District.

“With a record number of performing companies from across Canada and around the world, the Fringe has something for everyone to enjoy, including plenty of activities and shows for children,” said executive producer Chuck McEwen.

Besides individuals venues, Old Market Square is bustling with excitement over the next week, with food and merchant vendors, and free performances.

View the photo gallery below from Wednesday’s official kickoff.