Winnipeggers Protest the Violence in Gaza 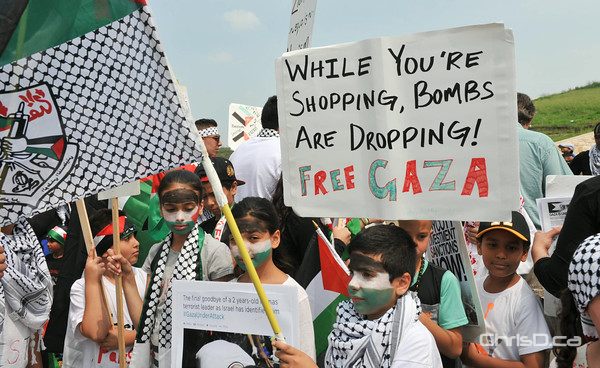 About 400 people protested the ongoing violence in Gaza on Saturday afternoon during a Rally for Gaza outside the Canadian Museum for Human Rights. Air raids this past week have ravaged the country, putting the Canadian Palestinian Association of Manitoba to organize two rallies to speak out about the violence. The first rally on Monday was held at the Manitoba legislature. (TED GRANT / CHRISD.CA)