Home » News » ‘Grandma Elm’ at Assiniboine Park to Be Removed

‘Grandma Elm’ at Assiniboine Park to Be Removed 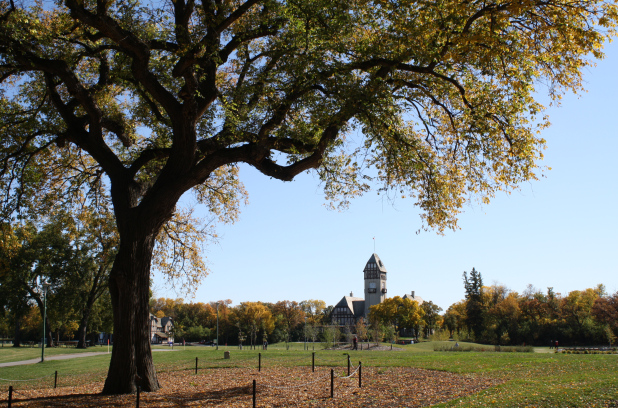 A tree that was among Assiniboine Park goers’ favourites is going to be removed.

The Assiniboine Park Conservancy said Monday the park’s massive ‘Grandma Elm’ tree near the footbridge will need to come down as it has tested positive for Dutch Elm Disease.

“As part of our forest management plan, we routinely monitor and test for Dutch Elm Disease,” said Kaaren Pearce, director of grounds, Assiniboine Park Conservancy. “When possible, we use selective pruning and vaccination to try to prevent infection, but sometimes, when the disease has progressed too far, complete removal of the tree is necessary in order to prevent Dutch Elm disease from spreading.”

Pearce said 12 other trees have also tested positive and will be removed. She also said the tree was nearing the end of its lifespan and the City of Winnipeg’s forestry branch was keeping an eye on it.