Saskatchewan Man Wanted on Sexual Assault Charges May Be in Manitoba 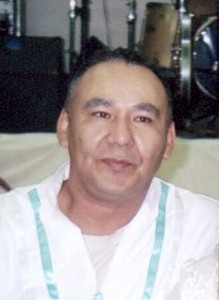 Saskatchewan RCMP are asking the public for help locating a man who is wanted on sexual assault charges and may be hiding in Manitoba.

RCMP said a 16-year-old female made a complaint that she had been sexually assaulted. RCMP said Vincent Alex Desjarlais of Kylemore, Saskatchewan is wanted on several counts, including assault, sexual assault, sexual interference of a person under the age of 16 and procuring a miscarriage.

RCMP said Desjarlais is avoiding police and may be hiding on Long Plain First Nation, Saskatoon, Regina, or anywhere in Saskatchewan or Manitoba.

Desjarlais is described as 48, Aboriginal with black hair and brown eyes, 5’10”, 176 pounds with a medium build.