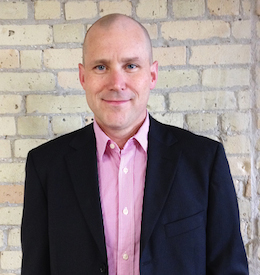 Manitoba Film and Music has named Stephen Carroll as its manager of music programs.

Carroll is the former manager of Empirical Artist Services and Weakerthans band member/manager.

“Stephen’s extensive experience in the local and international music industry make him an invaluable addition to our team,” said Carole Vivier, MFM’s CEO and film commissioner. “He has a track record of success in an industry that is challenging and ever-changing. He is in a fantastic position to help grow the careers of Manitoba artists.”

After joining The Weakerthans in 1998, Carroll managed all of the business affairs and helped steer the group to fame. In 2009 he began managing the Manitoba band Imaginary Cities and went on to form Empirical Artist Services Inc. Most recently, he served as the general manager of the West End Cultural Centre.