Home » Entertainment » REVIEWS: A Winnipeg Fringe Festival for All

REVIEWS: A Winnipeg Fringe Festival for All 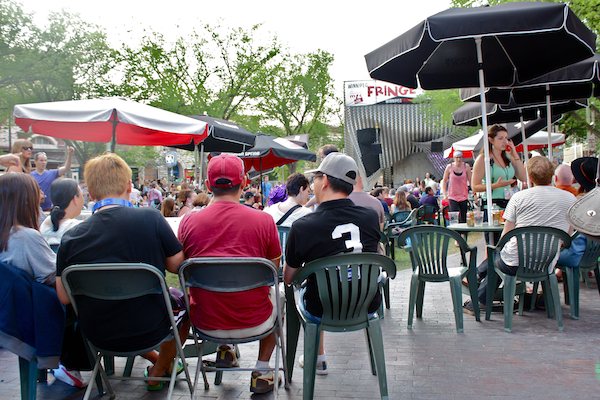 It’s been 27 years of unabashed artistic freedom and theatrical spectacle taking over Winnipeg in the form of the Winnipeg Fringe Theatre Festival.

During the festival, Market Square is overrun by performers and musicians put on free shows for audiences throughout the festival. There are also plenty of vendors, food trucks, and surprises abound to discover in the area.

It can be a daunting feat deciding which of the 178 performances to watch in 30 venues through the Exchange District and downtown area. It’s helpful to pick up a Fringe Festival program available at the MTC Box Office, Liquor Marts, and McNally Robinson Booksellers. There are also plenty of reviews in local newspapers and online. As an alternative, don’t be shy to ask fellow festival-goers or people working at the Festival what their top-picks are.

So far, I’ve seen three very funny and touching performances. They are all different in many ways, but I recommend them all to anyone who loves quirky humour and a good story.

“The Middle of Everywhere” was a sentimental, funny, and whimsical show this year. Put on by WONDERHEADS, a physical theatre comedy specializing in mask performance and enthralling visual storytelling. Narration, audio and lighting effects are effectively used to create atmosphere. No words are used in these performances, only the fine art of body language. The expressions on the masks never change, but you almost feel like they do.

In this play, an uptight, highly-organized man waits at a bus stop only to eventually find an adventurous young girl who’s run away from home. Strange noises eventually lead them to find a time machine underneath their bus stop bench. They figure out how to use it and are taken away to various times throughout history. In addition to finding a new, hairy friend on their journey through time and space, they discover more about each other and themselves.

“High Tea” is a tale of James & Jamesy, a highly-expressive comedy duo from Sussex, UK. In this performance, two unlikely friends meet weekly to have tea together. However, theirs is no ordinary tea party. The two tea-toddlers actually imagine themselves engaging in great adventures which may or may not involve their world being flooded with tea, a ship captain, first mate, sharks, and the Queen of England.

This play was great because James & Jamesy got everyone in the audience involved in the story. We all had a part to play at some point –some even played larger roles than they had bargained for. The unexpected definitely plays to this duo’s advantage as does their gut-busting storytelling.

Be sure to help yourself to tea before each performance. (Fancy tea cups provided.)

I usually try to check out a couple Fringe shows every year. One of my go-to favourites are long-time Fringe performers and festival-favourites, “CRUMBS — Made up Truths.” This two-person comedy duo bring improv to a whole new level that is always an entertaining and hilarious show. CRUMBS performs along with Winnipeg’s much-loved, DJ Hunnicut, who spins music and sound effects to add to the setting of the act.

They are not only one of my favourite acts, but many others’ favourites as well. So be sure to buy advance tickets to their shows or come early to buy tickets at the door, because they always sell out of tickets fast.

When CRUMBS go on stage they usually ask the audience to give them a person, place, or thing to shape their improv around. This is a nice way to engage the audience and to see how exactly they will work the suggestions into their performances. When I saw them, the two suggested words were “afghan” and “demolition.” They somehow worked this unlikely pair of words in an emotional, sentimental story that had the audience laughing non-stop. Romantic comedy might be their specialty.

CRUMBS is also HUGE in Germany. Seriously, they are border-line celebrities out there. 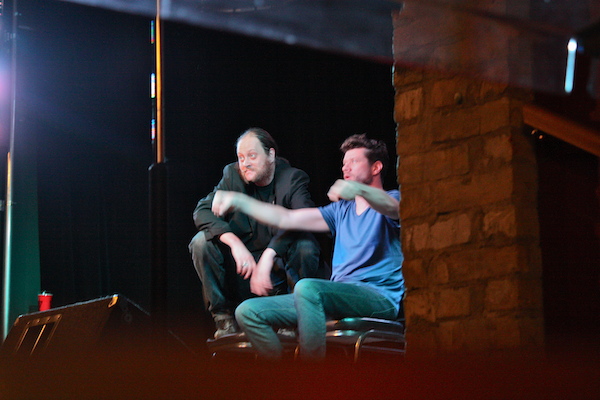 Tickets for each show are very affordable and go for between $5 to $10 each. This year the festival runs till Sunday, July 27 so there’s still time to take in plenty of performances.