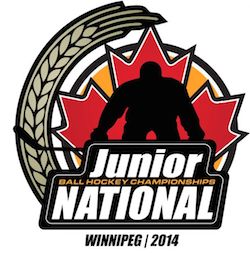 Ball hockey teams from across the country are in Winnipeg this week for the 2014 Canadian National Junior Ball Hockey Championships.

The games began Thursday and will run through Sunday at the MTS Iceplex and St. Norbert Arena.

It’s the first time the city has hosted the national event, with over 420 participants taking part. The largest division is in the U15 age group with eight teams going for gold.

An event schedule for all games can be found online.