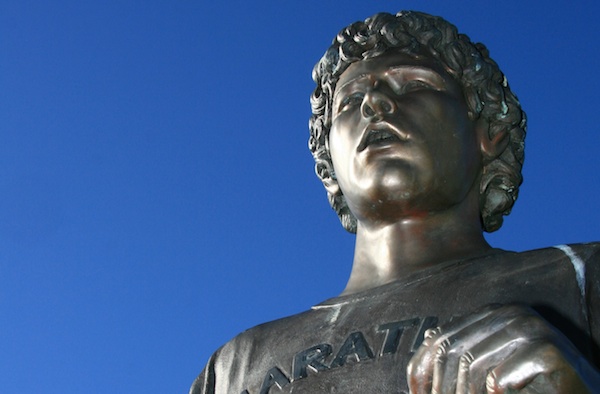 A statue to commemorate Terry Fox in Victoria, BC. (SAM DCRUZ / SHUTTERSTOCK.COM)

More than half of Canada is enjoying a long weekend, and some of us even have fabulous summer weather! The holiday Monday in August is not a national event like Canada Day. In Manitoba, it has long been known as the August Civic Holiday — how inspiring.

Beginning in 2015, it will be (officially) called Terry Fox Day, and the only question is why on earth did it take so long? The list of genuine heroes in this country is not all that long. At or near the top for many of us is the guy who did the Marathon of Hope 34 years ago.

Terry lost a leg to cancer, and less than a year after the marathon, he died of the disease at the age of 22. His legacy lives on every September in the Terry Fox Run, which has raised some $600 million for cancer research.

Manitoba, BC and Ontario can all claim a piece of Terry. His marathon ended just west of Thunder Bay on September 2, 1980. He had covered well over 3,000 miles in 143 days, an amazing achievement, even for a top athlete with two good legs.

In the 34 years since then, the cancer story has been mixed at best. Survival rates for some cancers, like prostate, have improved significantly. The money that’s been raised in Terry’s name has helped many dedicated researchers around the world.

We now know that there are cancer cells in all of us. In the lucky people, those cells don’t grow and multiply. There are things we can do to help the situation. Getting rid of tobacco would be a no brainer, which means it probably won’t happen in our lifetime.

If Terry Fox had lived, he would be 56. Maybe he would be one of those researchers, making a difference. Attention Mr. Harper, how about making it a national holiday on the first Monday in August?