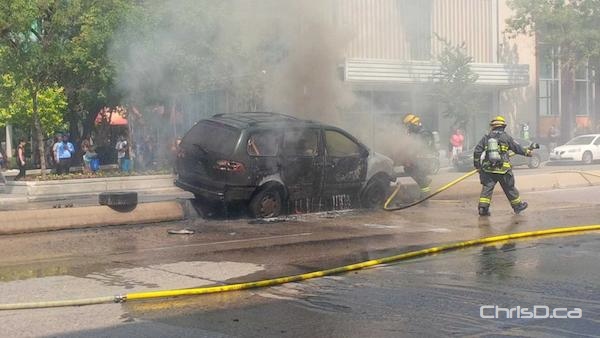 Firefighters douse a minivan after it erupted into flames on Tuesday, August 5, 2014. (SHASTA WELSH / SUBMITTED) 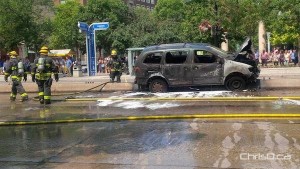 The burned-out minivan on the median at Portage Avenue and Carlton Street on Tuesday. (SHASTA WELSH / SUBMITTED)

WINNIPEG — Traffic on Portage Avenue came to a halt Tuesday afternoon after a minivan burst into flames.

The Toyota Sienna caught fire on the median near Carlton Avenue just before 1 p.m.

No word yet on the cause of the fire. No injuries were reported.