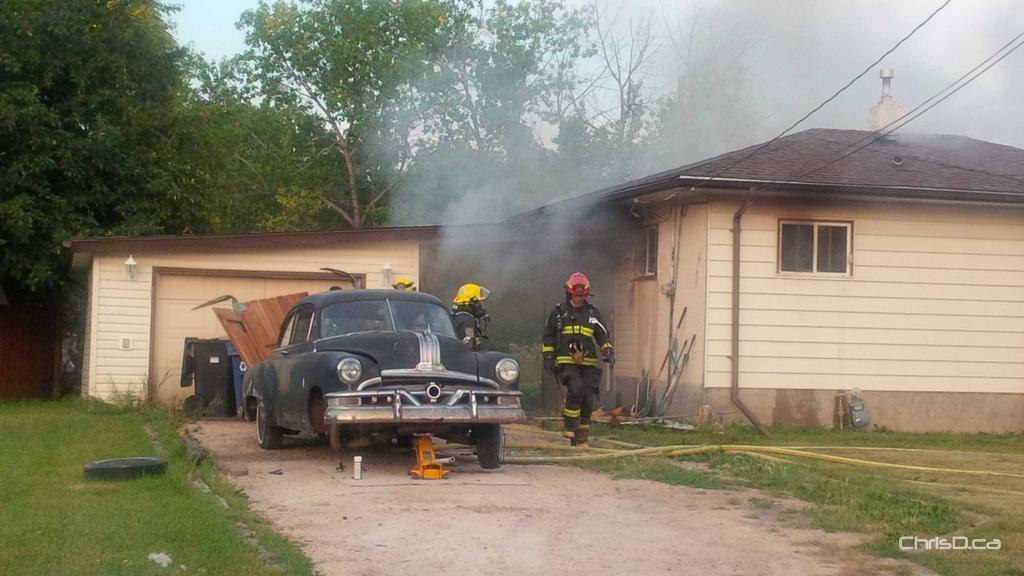 Winnipeg firefighters put out a blaze at a home in Sturgeon Creek on Monday evening.

The fire at 639 Muriel Street broke out at around 8 p.m., sending thick smoke billowing from the bungalow.

Crews say the fire began in the basement and the sole occupant in the house was able to get out safely.