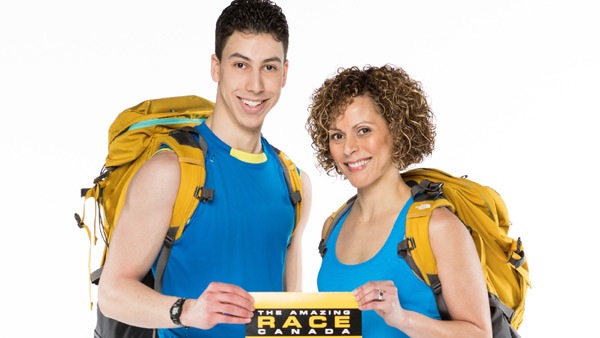 Cormac and Nicole Foster from Winnipeg were eliminated from the second season of “The Amazing Race Canada.” (CTV)

A mother-son duo from Winnipeg competing on “The Amazing Race Canada” was eliminated Tuesday night.

Cormac and Nicole Foster were the fourth team to come up short in the race against time as they completed challenges around the globe on the CTV reality show.

The single mother and her son were ousted after the rifle-shooting portion of an exhausting biathlon challenge. Nicole took a whopping 22 attempts to shoot all five targets.

“I’ve always taught Cormac never to give up, and I could not give up now,” Nicole said, as she fought back tears. “Never gave up,” added Cormac. “She did it.”

The remaining teams will be brought to Winnipeg to compete in next week’s episode.