Biz Leaders Camping Out to Fight Homelessness in CEO Sleepout 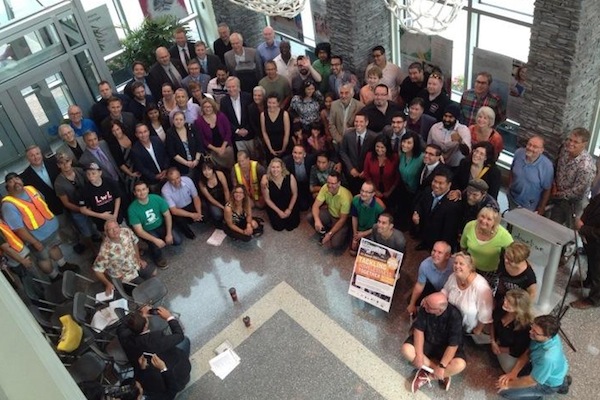 More than 145 participants have signed on to sleep outside on September 18 in the fight against homelessness in Winnipeg.

The 4th annual CEO Sleepout aims to elevate the discussion of homelessness and create jobs for the city’s vulnerable population.

Participants will camp out overnight in the courtyard of 201 Portage Avenue, building on the nearly half a million dollars raised to employ 40 homeless individuals since its inception.

“Homelessness is one of the greatest challenges that still exists in our city,” said Stefano Grande, executive director of the Downtown Winnipeg BIZ. “Four years ago, the Downtown BIZ brought its voice to the table with its inaugural CEO Sleepout event. After witnessing this issue firsthand, along with the strain put on the fire, police and medical services that are assisting people day by day, we issued a challenge to the corporate community.”