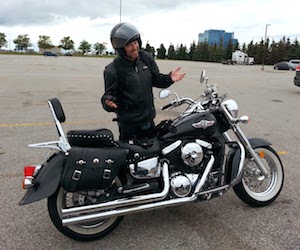 The Open Government Motorcycle Tour is swinging through Winnipeg on Monday, August 11.

The tour, led by Richard Pietro, is promoting democratic engagement and includes a guest discussion on open data and open government policies.

The cross-Canada tour began July 2 and similar events are being held in cities along the way.

“I will be hosting an evening where engaged citizens, public servants, students, and corporate representatives will be invited to participate in a conversation about how they can improve their community through the Open Gov/Data movements,” Pietro said in a release.

The event is free and open to the public.

← Previous: Man Killed in Collision with Lumber Truck on Highway 59 Next: CONTEST: Win Advance Passes to 'The Expendables 3' →
Tags: Winnipeg