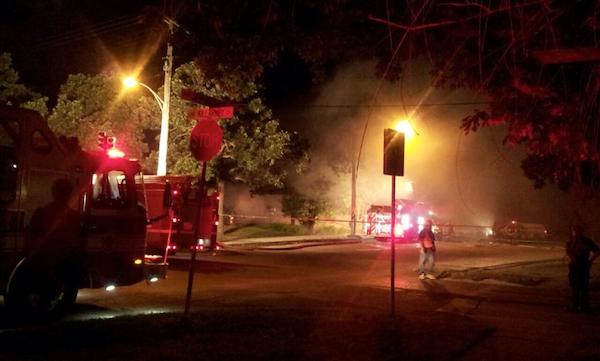 WINNIPEG — Damage is estimated at $500,000 after a fire that gutted Windsor Community Centre overnight.

Smoke began billowing out of the centre on Springside Drive at around 9:30 p.m. and is believed to be electrical in nature.

“We appreciate all the concern, from so many kind people, about our beloved club. Right now we can tell you that no one was hurt, and that it looks like the fire started in a basement electrical panel,” the club said on its Facebook page.

Children’s summer programming has been cancelled as a result of the fire.