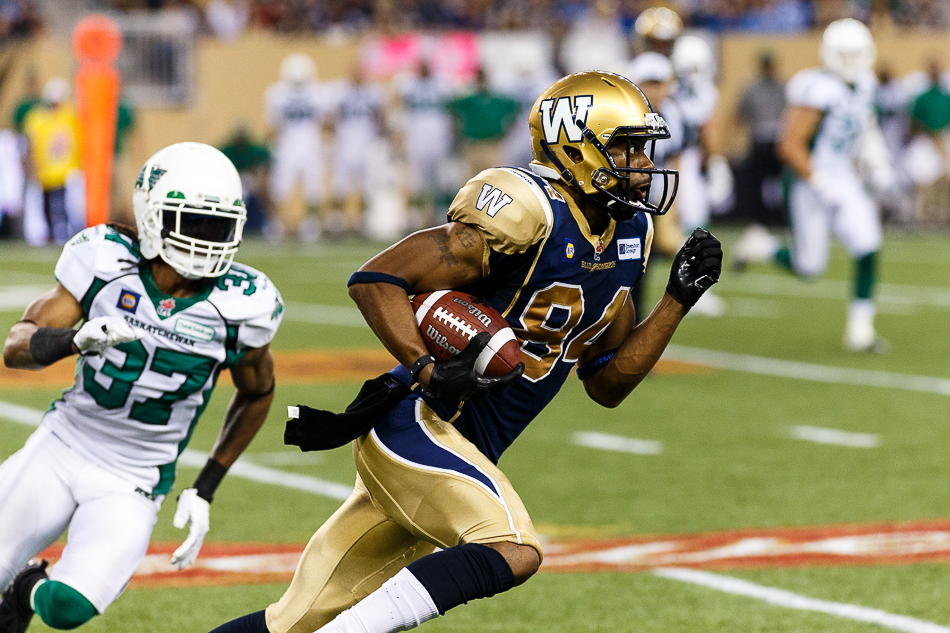 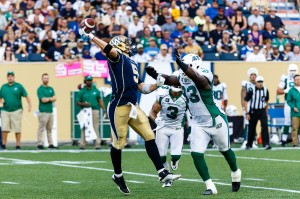 WINNIPEG — The Winnipeg Blue Bombers handed the Saskatchewan Roughriders a gift wrapped game and put a bow on it Thursday as the Green Riders rode Winnipeg’s six turnovers to a 23-17 victory.

Former Saskatchewan backup quarterback Drew Willy fumbled once and tossed three interceptions — including a costly pick-six to Terrell Maze inside the game’s final three minutes — as the Riders scored all of their points off turnovers in front of a sold-out 33,234 at Investors Group Field.

“You can’t throw it flat like that late, and we lost. Just a bad read,” said Willy of his interception to Maze on a shallow out-pattern. “It’s one of those plays where I shouldn’t have thrown it.”

“It’s my fault. I’ll take full responsibility for it, and I just need to improve. It stinks to let the guys down like that.”

The quarterback may be hanging this one on his own shoulders, but the head coach is not worried about his leader’s ability to bounce back. It will be a short week as Winnipeg travels to Toronto for a matchup with the Argos in just five days.

“He’s very even-keeled, very professional, committed to, as I’ve said, with every win and the previous loss, Drew Willy is committed to being the best quarterback he can possibly be,” said Mike O’Shea following the game. “This doesn’t change that.” 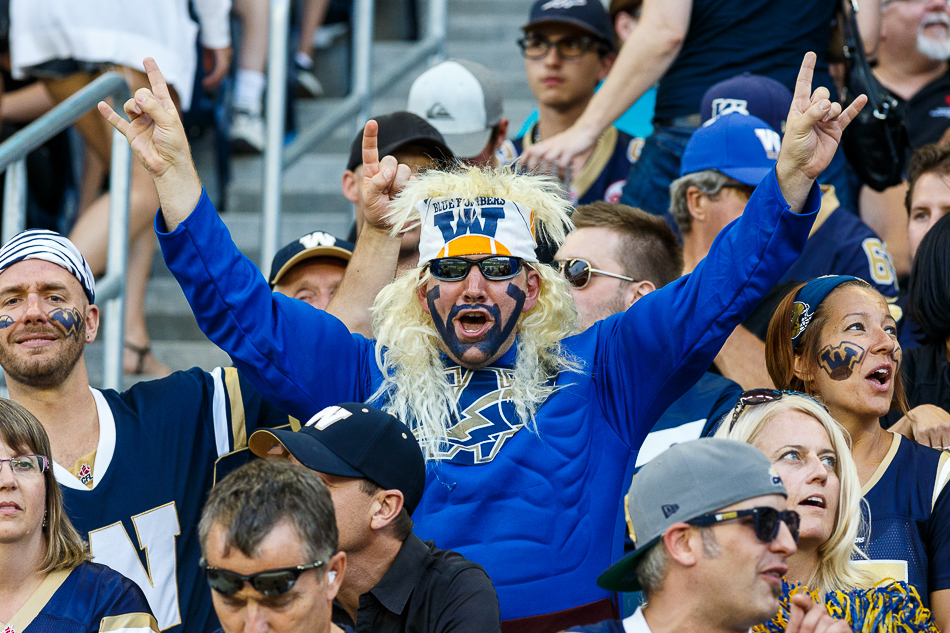 A Bomber fan celebrates a play before the final whistle on Thursday. (SHAWN COATES / CHRISD.CA)

“Taking care of the football is one of the things we inspect on a daily basis, and this game it might have got away from us,” added O’Shea. “Our offence did a great job driving out of our end into the wind in two quarters where we had the wind in our face… One resulted in a score — a 12-play, 104-yard drive — so we’ve got it in us. And defensively I thought we did a pretty darn good job.”

The Winnipeg defence may have held Saskatchewan quarterback Darian Durant to just 115 total yards passing, but running back Jerome Messam entered in the second half and pounded the rock 18 times for an astounding 126 yards to cruise his club to victory.

The Riders improve to 3-3 on the season, edging closer to the currently first-place Blue Bombers at 5-2.