Home » News » Gord Steeves to Break His Silence on Tuesday

Gord Steeves to Break His Silence on Tuesday 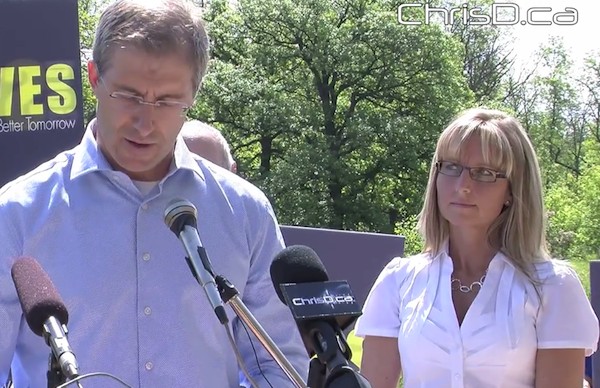 Winnipeg mayoral hopeful Gord Steeves is expected to break his silence on Tuesday, days after comments by his wife created a firestorm on social media.

A racist Facebook post by Lorrie Steeves made in 2010 surfaced on Friday — the same day her husband announced an ambitious plan to tackle safety issues in the city’s downtown.

In the post, Lorrie Steeves angrily ranted about “drunken native guys” harassing her for spare change in the skywalk system. Once the post was passed along via Twitter, Steeves released a statement apologizing for the comments.

In 2010 while I was working downtown I was regularly harassed for money and often put in a position where I feared for my safety. One day in particular 4 years ago was very bad and out of frustration I vented on my personal facebook page. I feel terrible about these comments I am terribly sorry and apologize. I do not clear my facebook posts or status updates with my husband. — Lorrie Steeves

The former city councillor has called a news conference for Tuesday, where he says he will address the media. A time and place for the presser hasn’t been announced.