‘Wicked’ to Hold Lottery for $25 Seats 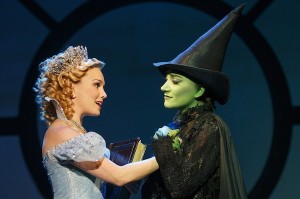 When the hit Broadway musical Wicked opens in Winnipeg next week, fans will have the chance to purchase seats based on a lottery system.

Promoters have announced a day-of-performance lottery for a limited number of orchestra seats for the production, running August 20-30 at the Centennial Concert Hall.

Two hours prior to each performance, people who present themselves at the box office will have their names placed in a lottery drum. Thirty minutes later, names will be drawn for a limited number of orchestra seats at $25 each, cash only. This lottery is available only in-person at the box office, with a limit of two tickets per person.

Lottery participants must have a valid photo ID when submitting their entry form and, if chosen, when purchasing tickets.